Laurie Petty is one of our Customer Service Representatives who joined the Animal Hospital of Collin County team in May 2000. When she is not at work, she enjoys srapbooking, cross stitching, taking pictures, spending time with her family and friends, watching Survivor and The Golden Girls. She also likes to watch football (being from Chicago she loves the Bears), going to baseball games, and watching her other half, James, play disc golf. They have 3 cats: Piggie, Cheryl, and Joey.

Brandy Slaton is a Customer Service Representative who joined the Animal Hospital of Collin County team in March 2012. She is the proud mother of one son and 4 four-legged kids. Growing up in the surrounding community, she has made her love of animals known to everyone and enjoys interacting with our clients and their pets. She also enjoys spending time with her family and friends, reading and horseback riding. 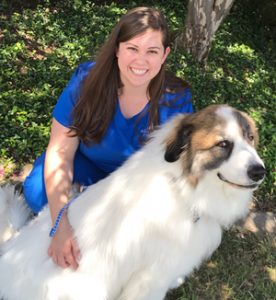 Sara Ruyle is our Lead Technician who joined the Animal Hospital of Collin County team in March 2015. She has 4 fur kids: two dogs, Sabrina and Levi and 2 cats named Mango and Tango. She got married to a Cornhusker from Nebraska in March 2018. She graduated from Allen High School in 2010 and has fond memories of the Allen Eagle Escadrille, Allen FFA and Friday Night Lights. Her love of animals started at a very young age and has grown as she has. She also fosters and volunteers for a rescue organization, The Street Dog Project, which rescues dogs from the streets of Dallas. 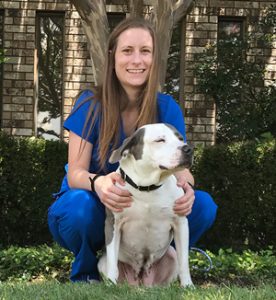 Kelsey Pickrell is one of our Veterinary Technicians who joined the Animal Hospital of Collin County team in February 2017. She received her Bachelor of Science in Biology from East Central University in Ada, Oklahoma in 2016. She is currently enrolled in the Distance Education Veterinary Technology Program at Cedar Valley College. She and her family have 3 dogs, Coby, Kahlua, Tiger and a crested gecko. She also loves to play soccer. 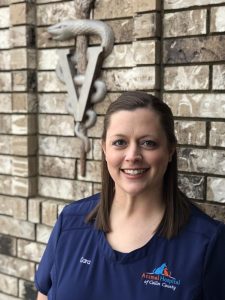 Cara Little is our Social Media Specialist and Event Coordinator who joined the Animal Hospital of Collin County team in January 2017. She graduated from Oklahoma Baptist University and has a Bachelor’s degree in both Biology and Nursing. She worked as a Registered Nurse for 7 years, specializing in ICU and post anesthesia care. She married her college sweetheart, Dr. Rodney Little, in 2006. They have lived in Texas since 2011 and now have two sons, Ian and Zachary. In her spare time, she enjoys reading, scrapbooking and making jewelry. She also loves spending quality time with her family and traveling whenever she can.

Font Resize
Contrast
Accessibility by WAH
Call Us Text Us